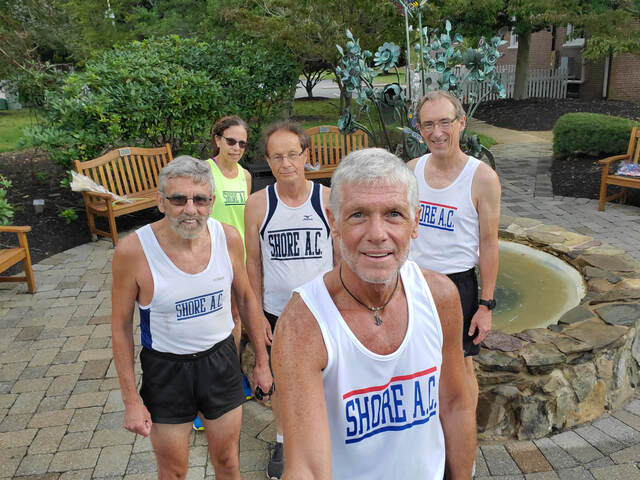 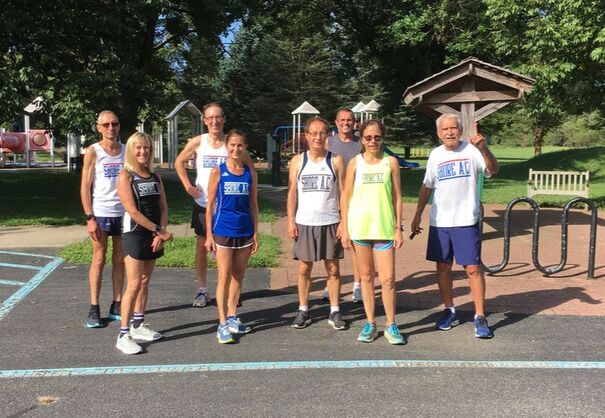 The Shore AC men's 60+ squad started their quest for success far away from the Jersey shore.  John Kilduff debuted his athletic prowess at his new home in northern Virginia by smacking down a 6:06 mile, which at age 69 gave John an admirable 82.81% age grading.  Meanwhile, further up the Northeast Corridor in Princeton, teammate David Huse fashioned his own heroics by spinning a 19:45 on the university's famous track.  That impressive time earned the 61-year-old club rookie a superb age grading of 81.81%.  The scene then shifted closer to home base, as 66-year-old Reno Stirrat sailed to a 20:24 5K in Thompson Park, garnering an encouraging 82.03% age grading.  Reno's effort was truly triumphant, considering that it was his first race after two months spent rehabilitating his back and hamstring muscles.  Happily, Reno's muscles now appear to be fully healed.  Close by at Colts Neck Town Hall, 64-year-old Mike Mooney and his contemporary Scott Linnell pushed each other to their limits in a mile race.  Side-by-side through 1200 meters, Mike pulled ahead down the finishing straightaway to cross in 5:57 while Scott followed close behind in 6:00.  Their respective age gradings of 81.04% and 80.36% delivered the much-sought all-80+ result for Shore AC's 5 scoring team members.  And we even did this without the services of reliable 60+ runners Kevin Dollard and Hal Leddy, who were both sidelined by bodily mishaps.  Happily, the team received contributions from other 60+ stalwarts.  Historical powerhouse Harry Nolan continued his comeback attempt at age 73 by powering through the mile at Colts Neck Town Hall in 6:58 to notch a 76.32% age grading.  Harry's elder teammate, 75-year-old Przemek Nowicki, followed in 7:44 to nail down a 70.98% age grading.  Shore AC veteran Spider Rossiter gave the 1 mile option a spin and landed a solid 6:52 to earn a 72.82% age grading.  Long-time coach John Kuhi tried his luck with the 5K distance, squeezing out a credible 35:00 from sore legs to register a 53.57% age grading.  Finally, Mike Washakowski selected a *real* race for his contribution.  His fine 24:44 in the September 7 Eatontown 5K gifted the 68-year-old with a worthy 68.94% age grading.  Well done gentlemen!

Alas for the Shore AC 60+ women, a three-peat was not in the cards.​Had the ladies managed to win the Labor Day Challenge, they would have made a clean sweep of the three-race Boulder National Virtual Series.  However, ace harrier Barbara Donelik, who led the team to victory in the first two races with age gradings close to 90%, was nursing a sore muscle and made the difficult decision to sit out this race.  Likewise, Diane Rothman, Kim Hart and Dawn Ciccone, all key members of the two prior winning teams, were unavailable for the Labor Day Challenge. In fact, when the Labor Day Challenge began, it appeared that Shore AC would not have enough ladies to field a team.  At first, Kathy Packowski was our lone participant.  She got the ball rolling with a sturdy 29:48 5K performance to rack up a 65.27% age grading.  Newcomer Sue Patla then climbed aboard the Good Ship Shore AC.  She started her SAC career on the right foot, speeding to a 25:51 gem on a 5K course in Thompson Park to polish off an age grading of 73.31%.  The Good News Parade continued when Susan Stirrat, who had broken a toe several weeks prior and had to wear a protective boot, got clearance from her podiatrist to resume running.  Susan cautiously tackled the 1 mile distance.  Though her time of 8:11 didn't rank as one of her better achievements, it still meant that we had enough women for a team!  Susan's mile time translated to an age grading of 68.88%.  Although the ladies, like the men, finished in last place, they were proud to have "shown up" for the final match of the 2020 Boulder National Virtual Challenge.  Kudos to you gals! 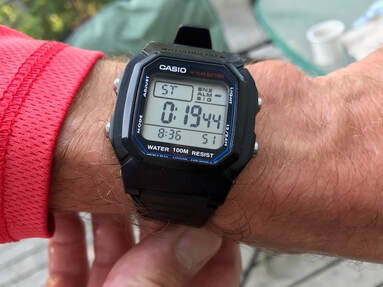 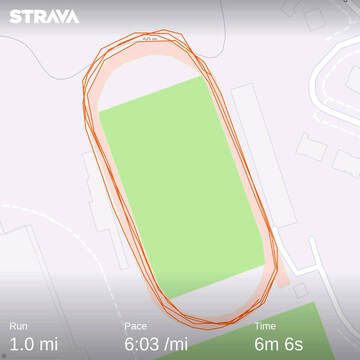 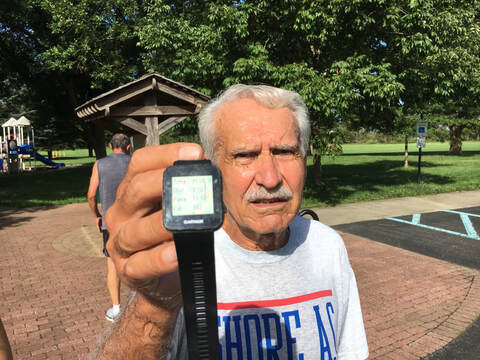 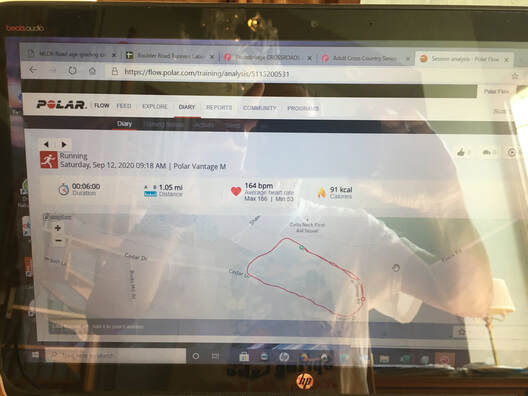 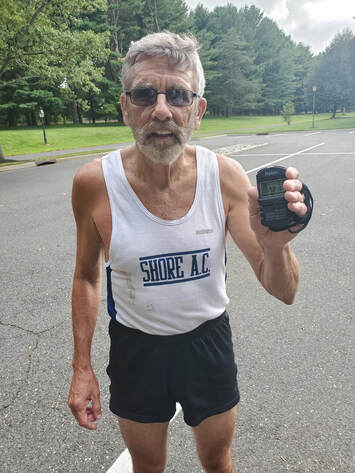 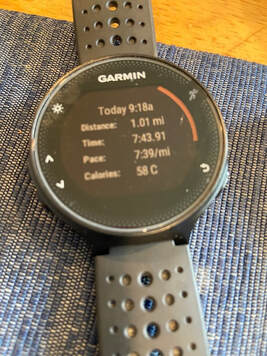 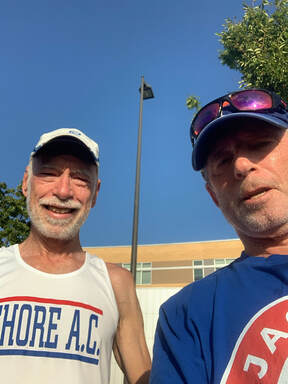 September 13: The Potomac Branch of Shore Athletic Club celebrates completion of their one mile race.  Left to right: John Kilduff and Spider Rossiter.
Reno Stirrat:  20:24 for 5K at Thompson Park in Lincroft.
https://connect.garmin.com/modern/activity/5530843899 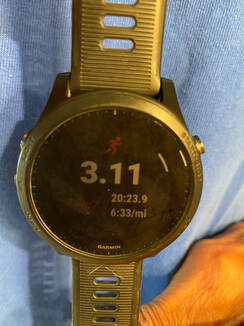