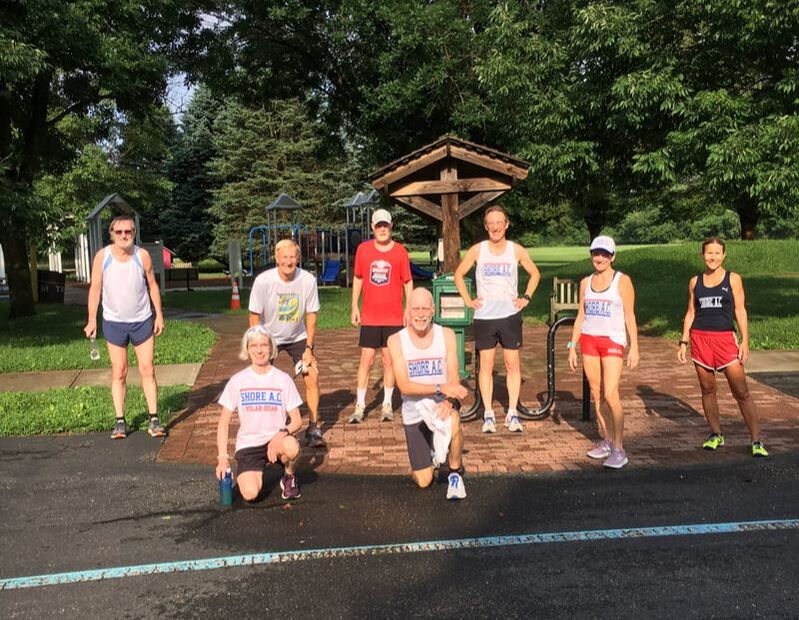 Shore AC 60+ Women Repeat as National Champions
Our Shore AC "grandes dames" did it again!  Flush with success from having won the first national virtual 5K/10K challenge during Memorial Day weekend in May (see the article here), these high-spirited gals took on an even larger field of women's teams over the July Fourth weekend and scored another victory!  The SAC 60+ ladies prevailed by posting an unmatched composite age graded team score of 81.29%.  The next closest team, the Greater Lowell Track Club, came close with a score of 79.43%.  Spearheading our squad once again was 73-year-old Barbara Donelik.  By completing her 5K in a time of 24:39, Barbara achieved a remarkable age grading of 89.18% that ranked first among all female contestants.  Next on the age grading scale came Diane Rothman.  She was actually our fastest 60+ participant with her time of 24:01.  Given her age of 62, her age grading (based on the brand-new 2020 curves) worked out to a terrific 78.90%.  The team's third lady to cross the virtual finish line was 60-year-old Kim Hart in 24:39, yielding an excellent age grading of 75.05%.  However, the team's third scorer turned out to be 64-year-old Susan Stirrat, whose time of 25:40 produced an even higher age grading of 75.78%.  All-important insurance was provided by Kathy Packowski, who clocked 30:18 for a solid age grading of 63.37%.  Well done, ladies!!!

Alas, the Shore AC men suffered nearly the opposite fate, finishing towards the back in seventh place out of eight teams.  Key absences due to injury and illness depleted our ranks.  Nevertheless, the remaining men put up a valiant fight!  John Kilduff led the charge once again, pounding out another racing gem in 20:34 that corresponded to a superb age grading of 82.90%.  David Huse proved that his debut race on Memorial Day was no fluke as he scorched the Princeton University track in 19:54.  By doing so, David contributed a magnificent age grading of 81.19%. Rugged teammate Kevin Dollard played his part, blazing to a fast 20:18 despite persistent leg pain.  Being of age 64, his time gave Kevin a stellar age grading of 80.97%.  The Shore AC men's 60+ team was off to a great start with three members over 80% age grading!

Regrettably, our remaining horses weren't able to match such torrid paces, especially in the steamy heat of summer.  Lack of fitness flattened Scott Linnell in the third and final mile of his 5K, as he lumbered to a 21:36 and a sub-par 75.46% age grading, A pleasant surprise, though, came over the wires when 68-year-old Paul Deykerhoff notched a speedy 24:21 on the Count Basie track to reach the 70% age grading threshold (70/03%).  Paul's superb effort as fifth scorer helped the Shore AC men's team stave off the SIlverbacks team with an average age grading of 78.11% versus 76.76%..  Fellow SAC warriors Jim Wright (24:53, 67.92%) and Mike Washakowski (25:28, 66.95%) ensured team success with strong backup performances.

The National Virtual 60+ 5K/10K Challenge, sponsored by the Boulder Road Runners, wraps up on Labor Day weekend with the third and final race.  Can the Shore AC ladies make it a clean sweep?.  Tune in two months from now to find out!  Let's go, Shore AC!!!
​Pictures!!! 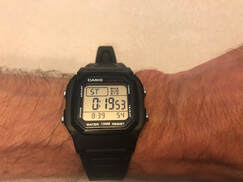 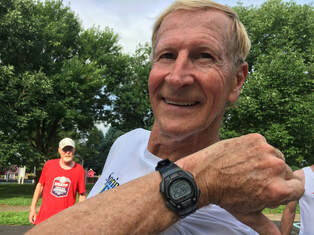 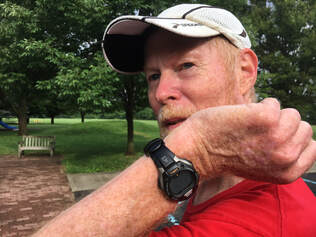 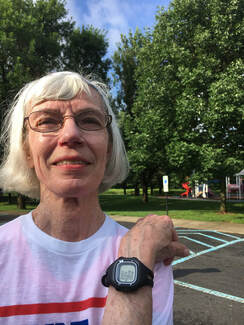 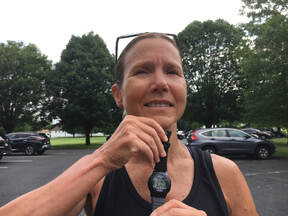 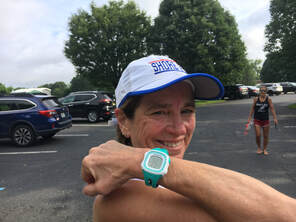